Ever wonder what an African Massage is? Is it different from a Thai massage or Swedish massage? The answer is yes, and once you’ve had one, you know.

The Game Drive Experience is quite a thrilling one – riding around in a Land Cruiser in different parts of Africa in search of animals to watch and photograph. And, sometimes you will be in this vehicle for many hours, and the road is quite bumpy. So bumpy that it will shake everything out of you! Hold on, folks; this is going to be a wild ride!

On my first game drive in Tanzania, my guide, Servuli heard me yelping in the back due to the uneasiness of the road we were traveling, and he said, “African Massage.” Haha, I thought, but it became the norm and every day I was receiving several African Massages. This is especially unnerving if you have stomach issues, or are feeling sick in any way. You just gotta keep it together, pun intended!

Let’s get on with the Game Drives because they were awesome, even if my bum was sore at the end of the day.

I spent two days in Tarangire National Park in Tanzania. Within the first fifteen minutes, I witnessed lions eating a freshly killed zebra. 🙁 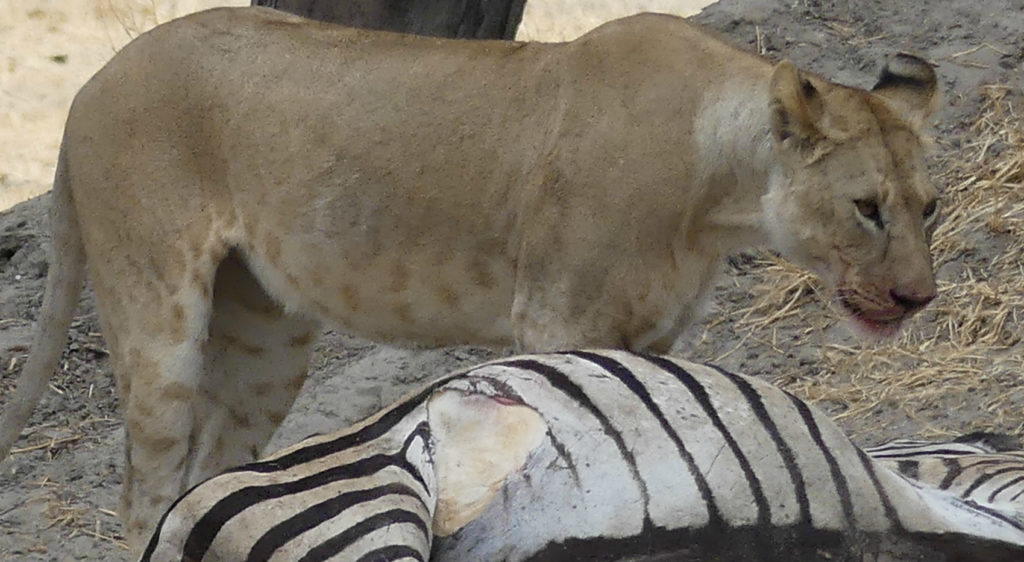 I thankfully never witnessed a kill or attack. The image above was enough for me to send blessings to the zebra and the on-looking harem.
Tarangire is known for Elephants, and lucky I was to spend lots of time watching and admiring them from near and far, on both days.

Safari is also fantastic for bird watching! I discovered many different types of birds on my very first day!

I loved meeting the Dik-dik, a small antelope! They are so small, and look like babies, all of them!

Tarangire was full of all kinds of animals, and too many to post here, so let’s leave some for the other parks!

On this day, I was feeling ill, but I didn’t have any major issues until we descended into the crater. Woohoo! Thankfully, a couple in a nearby vehicle had some meds I could take so I could enjoy the day, and that I did! It’s a beautifully crisp drive up to the crater, and then you descend into it, and it’s simply magical! Let’s start with my first hippo sighting!

And then there was that time when the hyenas made a kill, and the lion wanted leftovers.

Again, there were many new species of birds I’ve never seen before including this one…

There were a lot of Wildebeest too! 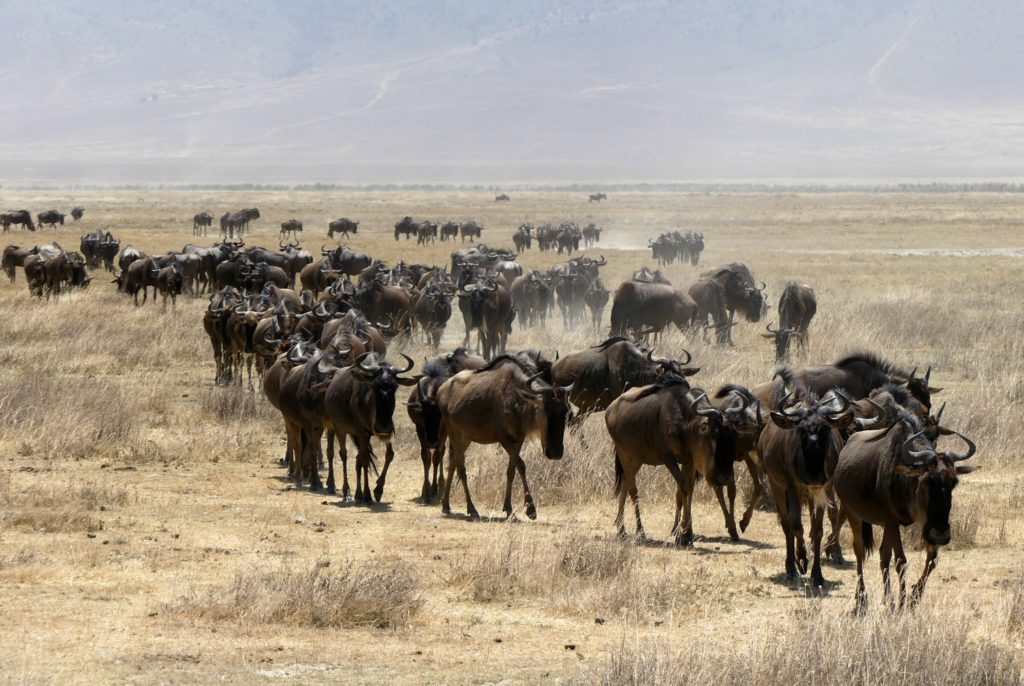 There are too many photos to list in one post, so continue to Part 2 of my Game Drive Experience, here!

Until next time, thanks for reading and Happy Travels! 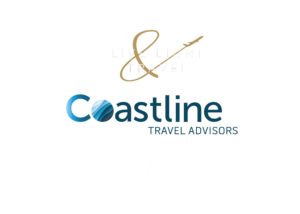 Live Light & Travel is an independent affiliate of Coastline Travel Advisors, A Virtuoso Agencyhi@livelightandtravel.comCall Us: +1 (720) 908-0008